If you’re giving something away – then… GIVE IT AWAY!!!

Previous Next
If you’re giving something away – then… GIVE IT AWAY!!!

I frequently run across ads in social media feeds or elsewhere on the internet that offers something for free. 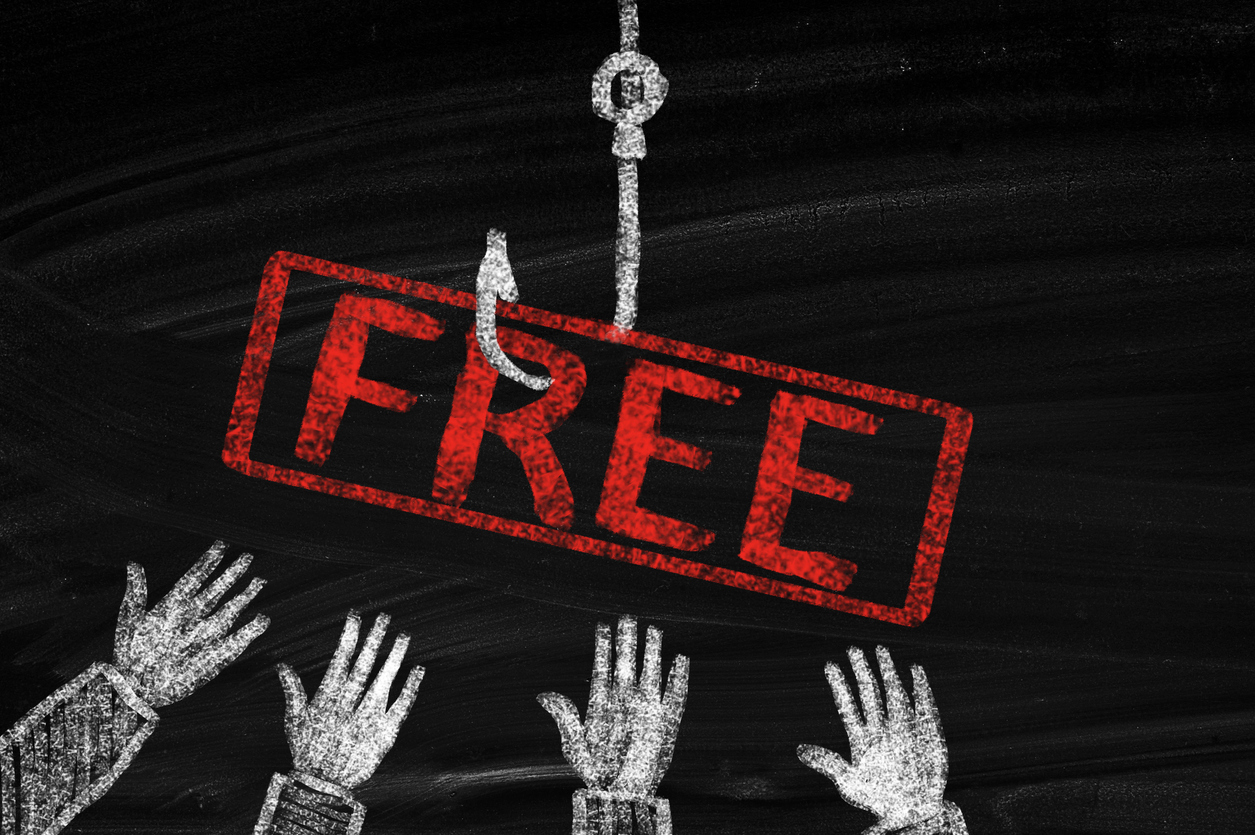 If you’re like me – you wonder if anyone really engages in straightforward content marketing anymore… possibly, you’ve started to assume that almost every single one is just clickbait. At best it will be a 30-minute-long timewaster designed solely to lure you into a spending frenzy for supplements or a subscription service or some variation of an upsell that has very little to do with the original “giveaway”.

It’ll go something like this: “HEY!!! I’ll give you my free secret to losing 3 pant-sizes of belly fat!”, but first you have to listen to a 25-minute sales pitch for why ANY kind of traditional program – even one that genuinely helps you lose the fat – won’t allow you to keep it off! Now you get pitched what you really need – the daily supplement package that you can have the crazy-low monthly payment of $1995!!! Oh sure, eventually you get the link for the giveaway – after you’ve lost at least 25 minutes that you’ll never get back…

At least if the giveaway involves any kind of tangible, material good, it’s totally free! (Well… except for the excessive shipping and handling charges.)

I HATE that! Passionately! It is a gimmick*, plain and simple, and it does 2 things. 1) Makes everyone jaded and hateful towards ANY claim of a free helpful solution to a problem, and 2) pretty much guarantees that anyone with an ACTUAL free giveaway won’t even get the time of day!

*Just a bit about the logic behind this kind of “gimmick” …

Content marketing is crucial for almost any kind of online sale.  Additionally, many in the marketing trade will try to tell you that you’ll never get anyone interested in your product without some kind of gimmick – often referred to as clickbait. They put every kind of positive spin on it you can imagine. Clickbait generally is seen as a modern interpretation of the “bait and switch” routine perfected by hucksters of decades past… but, now there are scads of info articles telling people how the hated clickbait is really actually a GOOD thing…

I just don’t buy into that – so hear me out.

Definition of clickbait: something (such as a headline) designed to make readers want to click on a hyperlink especially when the link leads to content of dubious value or interest  –Merriam-Webster online

Clickbait is a text or a thumbnail link that is designed to attract attention and to entice users to follow that link and read, view, or listen to the linked piece of online content, being typically deceptive, sensationalized, or otherwise misleading. –Wikipedia

And while we may quibble about the definition of clickbait…

…based on the above 2 definitions, NOTHING about clickbait is good. If you need to be deliberately misleading to gain customers, then then the entire premise of your advertising and thus your business model is permanently hobbled by a lack of integrity. Period.

So what am I saying?

Don’t give in to the temptation to create an amazing hook that entices a potential client into thinking that they’re about to get some really useful free content and string them along for half an hour proselytizing something that they never asked to hear about!!!

I simply do NOT subscribe to such gimmickry.  I say I’m offering a free talk on better time management – that’s what you get. At the end of my free content – I’ll warn you that I’m about to make a pitch for anything I may be selling – that way, if you don’t want to hear it, you don’t have to! In my opinion – that’s the heart and soul of what “truth in advertising” is all about!

Dang it, if your lead-in said “I’ll share my method of burning off 30 pounds of unwanted fat” – then SHARE YOUR METHOD!!!

THEN, and only then… after you share the thing that you used to draw them in – go ahead and tell all about what other awesome stuff you have for sale. But put the free thing up front and don’t put some catch in front of it or try to upsell with some line of schtick about “…but what you really need is…” as if the thing you originally offered was just some day-old chopped liver!

This is called building trust – and unless you’re a snake-oil salesman who plans on being “here today, gone tomorrow,” then… building (and maintaining) trust needs to be a cornerstone of your business model.

Also, be very leery of and cautious about the word “secret”.  People selling “secrets” tend to annoy the daylights out of me. If it really was a secret – it isn’t any more – not after it’s out as free content or up for sale to the general public. You’re sharing your tips/tricks/clever process? Cool! You’re going to give “THE secret that no one knows” to… whatever… yeah, no. I’m already not buying it. “THE secret” implies a thing that some unnamed lost-civilization had written down in their sacred temple of knowledge centuries ago and was only shared with the most elite who made life-long commitments to the order.

BUT WAIT! Now, (somehow) you’re in possession of “THE secret” and you’re just going to hand it out for free to anyone and everyone – on the internet!  Hmmmm – according to legend – scenarios like that tend not to play out so well – go read up on the legend of Promethius and we philosophize about it later!

Build your content library. Really. Do it. And then get busy sharing the content and making it a cornerstone of your marketing campaign.

Don’t over-sensationalize or hype a thing to the nines that really isn’t “all that”.  You’ve got a thing of value and want to give it (or a part of it) away? GREAT! Call it what it is and give it away. You’ll earn respect, and if you’ve been honest and have given something of real value – you’ll earn return visits to your website, and ultimately a base of loyal clientele!

Just consider the following guidelines as you do – trust me you’ll end up with people who get to your content and go “wow – it was exactly what it was advertised as!” And most likely – if you gave them something they could use, they’ll at least look at the other things you’re offering! So – here you go: 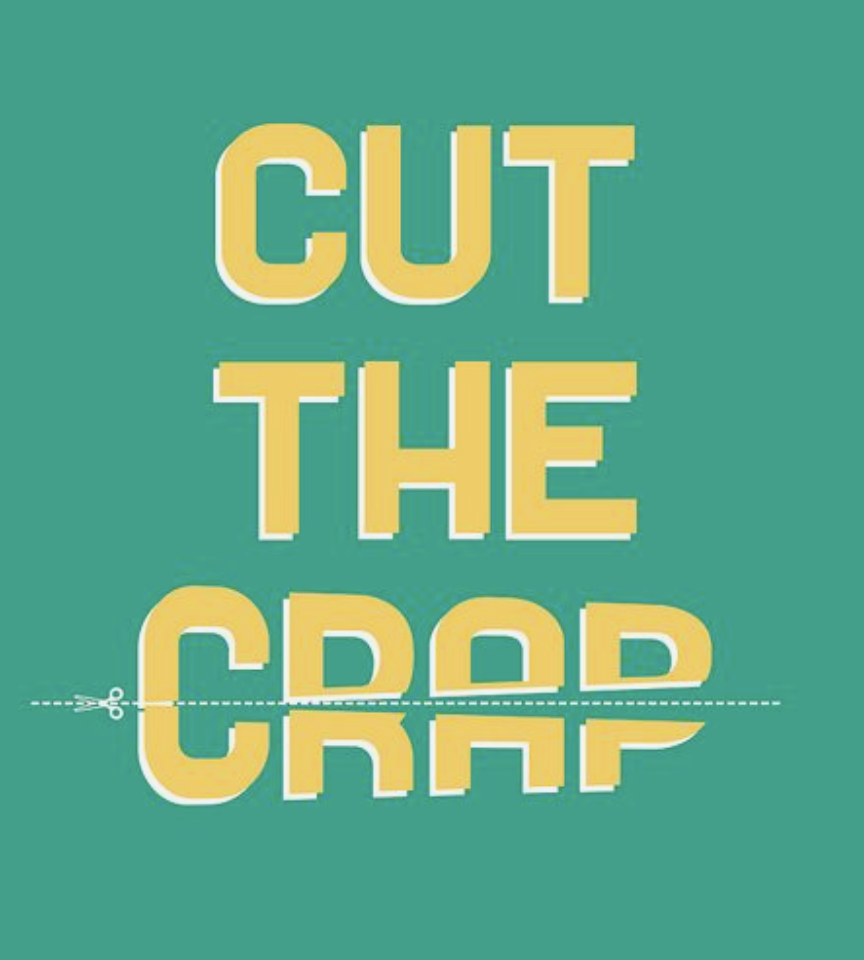 Starting up a business is a MARATHON, not a sprint.  You can’t rush it, and it will take a relentless effort on your part to be successful! Don’t believe me? Here’s some light reading for fun.

So, hang in there and don’t give up! Resist the temptation of shortcuts like sneaky offers that try to make it sound like you’re giving away something for free when what you’re really trying to do is con someone into listening to 30 minutes of you selling them something that isn’t what you originally offered!

*Is there a topic that you’d like me to address in Rants n Recipes? Send me a note at aaron@transformativebreakthrough.com