“Y” some people take more risk than others. The “Y” Diagram Explained

Previous
“Y” some people take more risk than others. The “Y” Diagram Explained 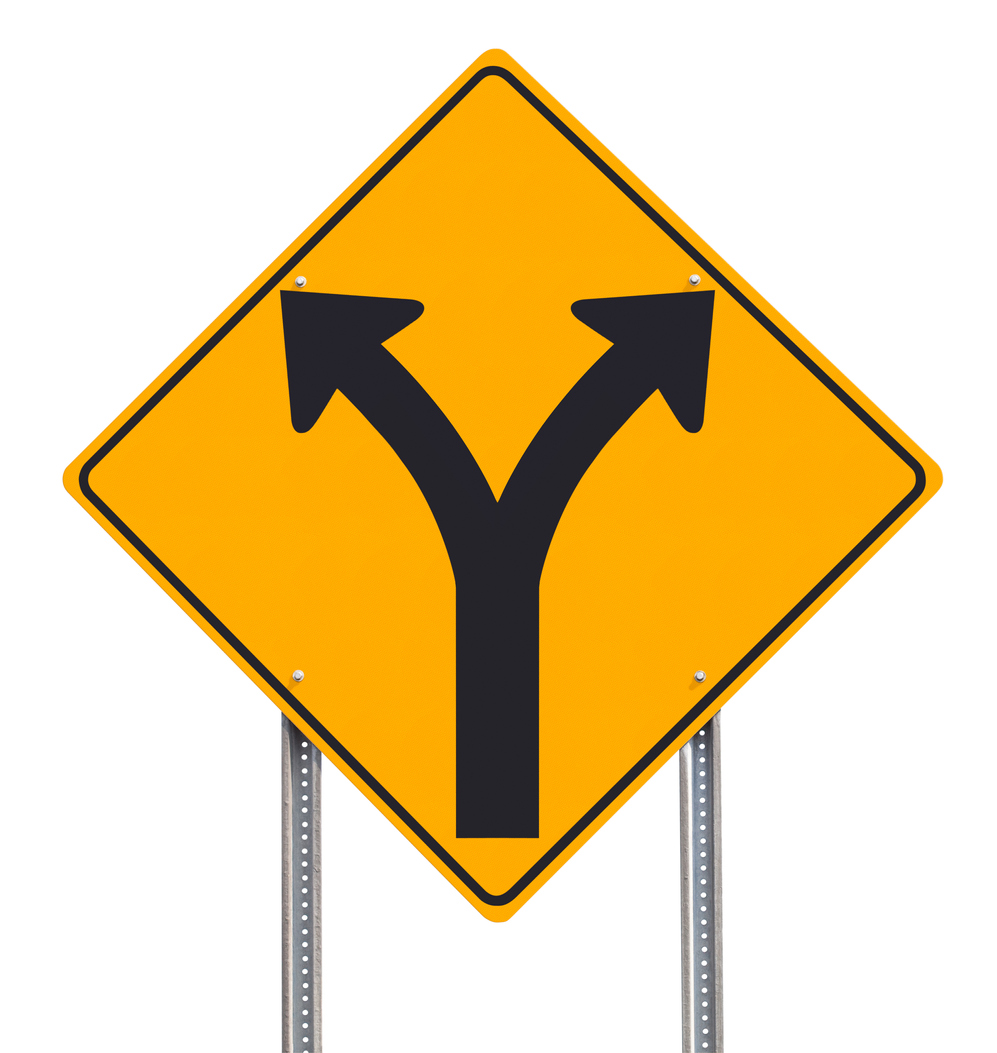 There’s a LOT of stuff I could unpack with this. It’s easily got enough associated moving parts to cover several days of lecture on the topic.  I’m going to strip it down to bare bones for the blog, but if you want to see it addressed just a bit more in-depth – click below to read the full discussion.

The short version of the discussion – over several years in leadership roles of increasing responsibility, I developed some unhealthy coping mechanisms to “deal with” some of my biggest stressors. Truth is – I really wasn’t dealing with any of these stress-inducers – I was just putting them out of mind and hoping they’d take care of themselves. Ultimately – the way I naturally respond to challenges, including risks, just wasn’t compatible with the roles I was taking on, and my failure to deal with the stress and the stressors was grinding me to a pulp. I was lucky enough to get things on track and to realize that I need to deal with the real issues, and got my footing back. In the process, I learned a TON of things that can be really helpful, especially if applied earlier in the game than I did! One thing was the “Y” diagram

Only… what IS this mythological “Y” diagram?

What’s so special about it??? 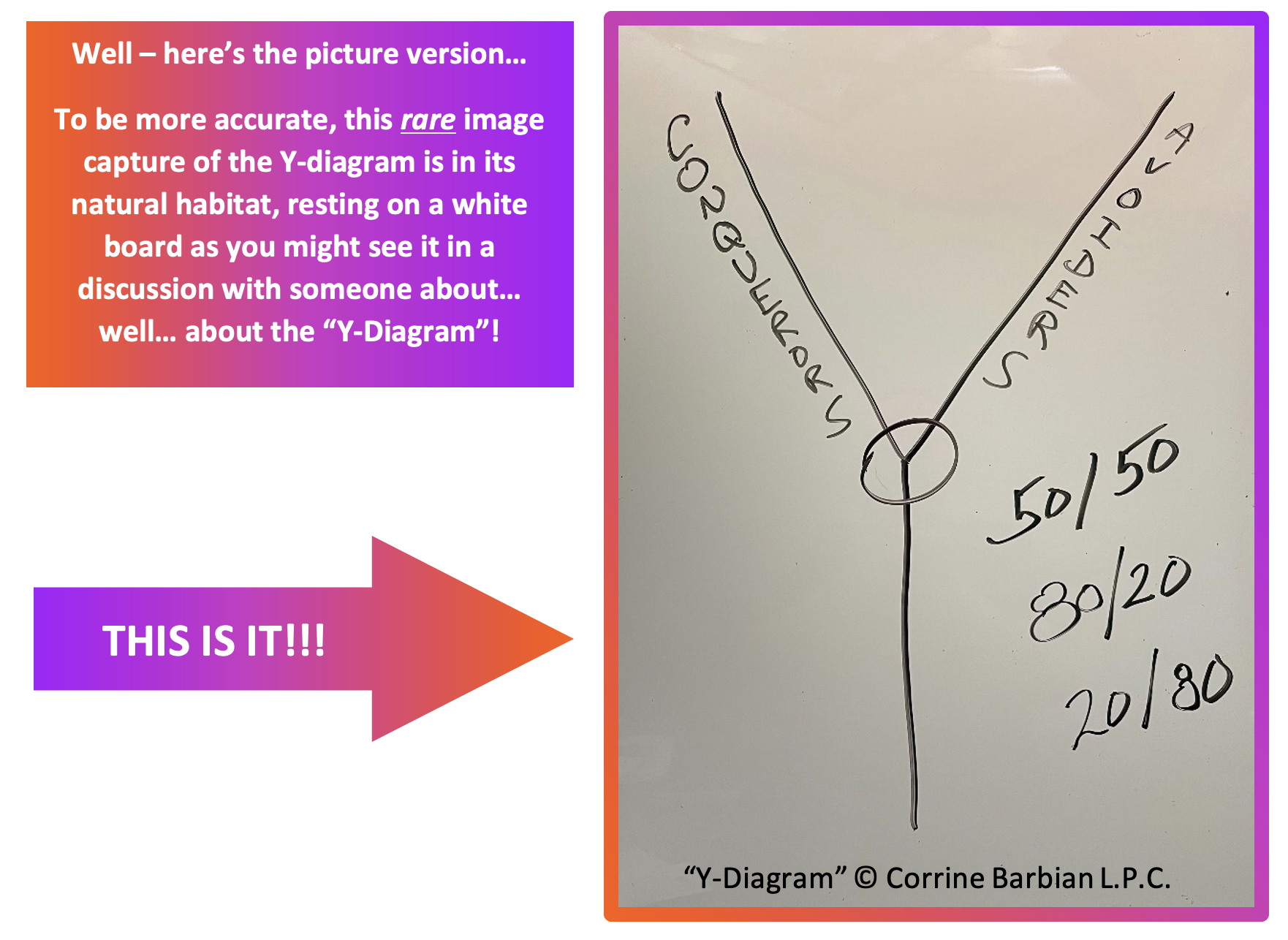 What’s so life-altering about this simple diagram? Well, it really does help you to get a better understanding of how you’re wired to make decisions, which gives you the ability to shift from reaction-based decision-making to strategy-based.

For the majority of people, for most of their lives, decisions about whether or not to pursue opportunities/take risks are based on the estimation of a middle-of-the-road chance at success, or roughly about 50/50 odds.  Seriously.  The majority of humankind will “give it a shot” if they believe they’ve got a 50/50 chance of success. This risk tolerance level (right in the middle of the chart) – we’ll call “risk acceptance”.

In addition to the 50/50 “risk acceptance” personality type, consider two others. People who are inclined to “play it safe” and people who seem to be “risk-takers”.

“Play it safe” types – actively avoid risk. They usually need about an 80% chance of success to get off the fence and “go for it”.  “Risk-takers” on the other hand, will try something if they think they have about a 20% chance at making it work.

The “Y” Diagram calls them the “Avoider” and the “Conqueror”.

Here’s that “Y” diagram again – with full-spectrum of risk of failure and the paths that different risk tolerances will choose when deciding to accept the opportunity and take on the associated risk.

People in the middle as well as on both extremes of the risk tolerance spectrum have been massively successful, and have also failed spectacularly. The point isn’t to say one “type” is better than another. The point is to recognize your inherent nature and to know when it has “kicked in”. If you can understand this, you can use it to take your decision making to the next level – move it from “reactionary” to “strategic”, and in so doing, you can often make better choices and decisions by understanding what exactly attracts or repels you from a specific type of choice.

Knowing and understanding first, yourself, and second, your drivers and motivators… then third your current alignment within this “Y” diagram can give solid insights into why you do things the way you do, both personally and professionally. In short – it has the potential to create a kind of awareness of self that not only leads to more success, but more satisfaction and enjoyment in life.

What do you think?