In part one of the Hiring Top Talent series, we took a brief look at Steve Jobs’ unique approach to hiring A+ level employees. Consider this, hiring top talent doesn’t necessarily mean getting the person who is plug-and-play.

What if all the extraordinary people already have jobs?

Going back to the 1950’s and looking at a very different organization from Apple, the US Navy, specifically the Nuclear Navy. The atom and atomic power have changed our world a few times over the past decades – but the one we’re interested in happened on the morning of January 17th 1955. USS Nautilus‘ first Commanding Officer, Commander Eugene P. Wilkinson, ordered all lines cast off and signaled the memorable and historic message, “Underway on Nuclear Power.” Never before had any ship or vehicle of any kind harnessed the energy of the atom to provide propulsion. In the instance of submarines, though, this changed the entire game for the world for the rest of the foreseeable future.  A sub could now sink beneath the waves and not re-surface for months! 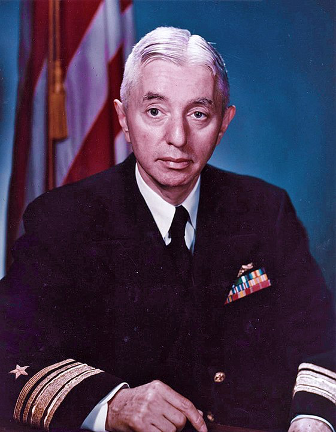 So why the long history lesson? Admiral Hyman Rickover, (then Captain Rickover) was assigned to investigate nuclear power in 1946, no one even had a concept of what could be done with atomic energy. In less than 10 years, Rickover, known as the “Father of the Nuclear Navy”, designed and built the first nuclear-powered ship. What is so amazing is that from 1955 (when the Nautilus was launched) until 2020, 65 years later, the US Nuclear Navy has had ZERO nuclear reactor accidents.  How? The answer is simple – his people. The people Rickover recruited and trained have followed his example of excellence and upheld his ideals for decades. Rickover was unsurpassed in his ability to put together a world-class talented team that engineered, built, and managed incredibly complex projects. In one instance he was asked how he managed to recruit and hire such extraordinary talent.  The answer is found in the following dialogue, excerpted from a “Meet the Press” interview hosted by NY Times employee James Reston, CA 1959/1960.

Reston, “Now you managed to recruit an extraordinary group of people and bring them in. Now why do we not do that in other forms, in other fields of endeavor in the country?” Rickover, “I can’t answer that, I can only tell you this. I did not recruit extraordinary people. I recruited people who had extraordinary potential and then I trained them. There are no good people waiting to be hired. All of the good people already have good jobs. And the only way you can do it is to get promising people and devote most of your time and energy to training them. And I assure if people in charge of other projects will do that, they could have better luck too.”

Now, the message is a bit extreme, certainly, there are good people out there waiting to be hired, but to bank on always being able to find that perfect fit? That is often a path to frustration. If, however, you can adapt your recruiting strategy to seek out extraordinary potential you’ve got a working model for building an extraordinary team.

The High Impact Training program includes an entire module on the importance of Hiring Top Talent – and the Goal of Transformative Leadership Development™, which shares the lessons learned by some of the top leaders and top organizations in the world. Our goal is to help your organization grow and reach its full potential. Consider the possibilities of having your team focus on hiring the people with extraordinary potential and then investing in them to create an extraordinary leadership team that will build a world-class organization.